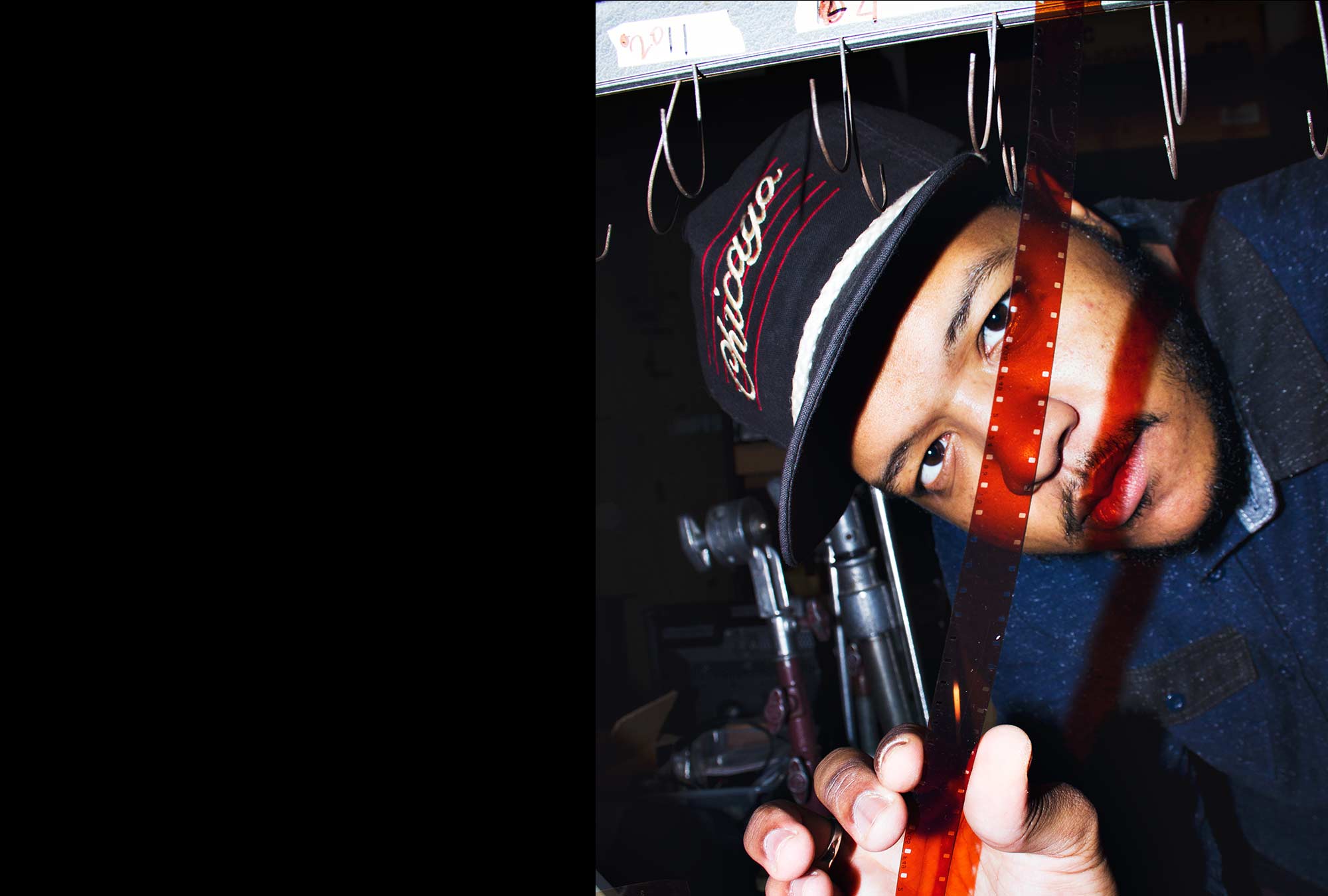 I’m from Englewood, 75th and Stewart. My father, he did photography. My mom was a postal worker. I always had an interest in film from my parents being into movies. I had the chance to make a movie in high school. It was supposed to be an adaptation of Macbeth, but done like a Law & Order type show. That’s what made me go into film school. But it started, probably, [with] my father just taking me out to movies and letting me play with his camera.

I started looking into internships, and I found out about Chicago Filmmakers. I went there, and I met Patrick Friel. I was his intern for a while and I learned how to program. So that made me set up my own thing. Cinema Culture is a grass-roots film organization. A lot of people whose work we show, they can’t get into the festivals. They have problems getting in, but they have good movies. So, we give them an audience and expose people to work that they wouldn’t have seen. 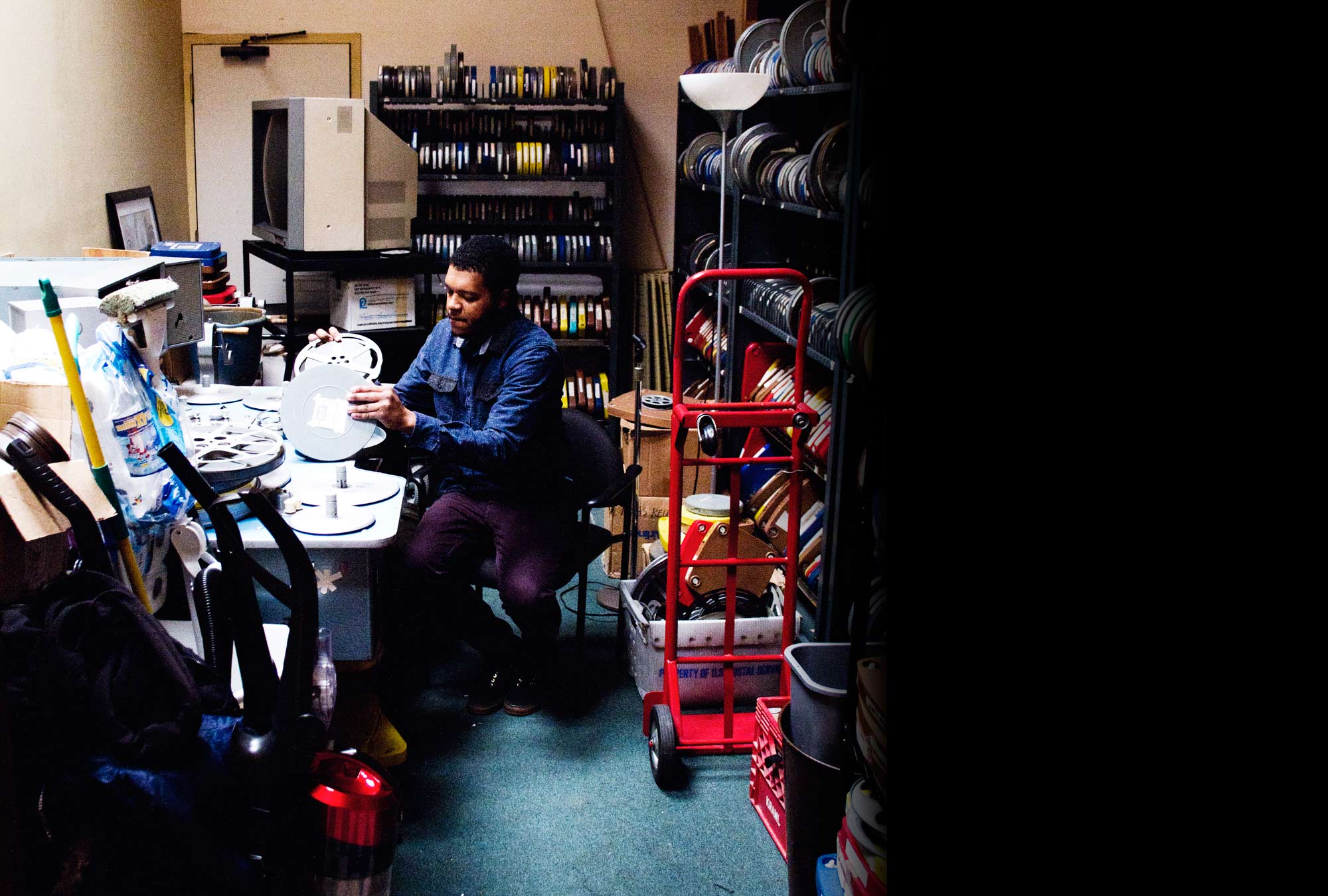 Another one I’m doing currently, outside of the Cinema Culture, is “Black Radical Imagination,” an experimental film program of African-American filmmakers. Who is telling the stories about black people, and how are these stories being told, and what are these stories about, and what type of images or language are you using? So we’re doing this program, there’s an Afrofuturist theme to it. It’s showing Mae Jemison, the first black woman to go in space; it’s showing these people who exist in this postmodern black experience of being alienated. But that’s just part of being an African-American in general.

I put together a program by naming it first. I have a program for an experimental film festival, and it’s called “The Clarity of Obscurity.” So it’s like, “OK, let’s try to find some films that could fit with this title.” But [a film] has to mean something. It has to show something that I wouldn’t be used to seeing. 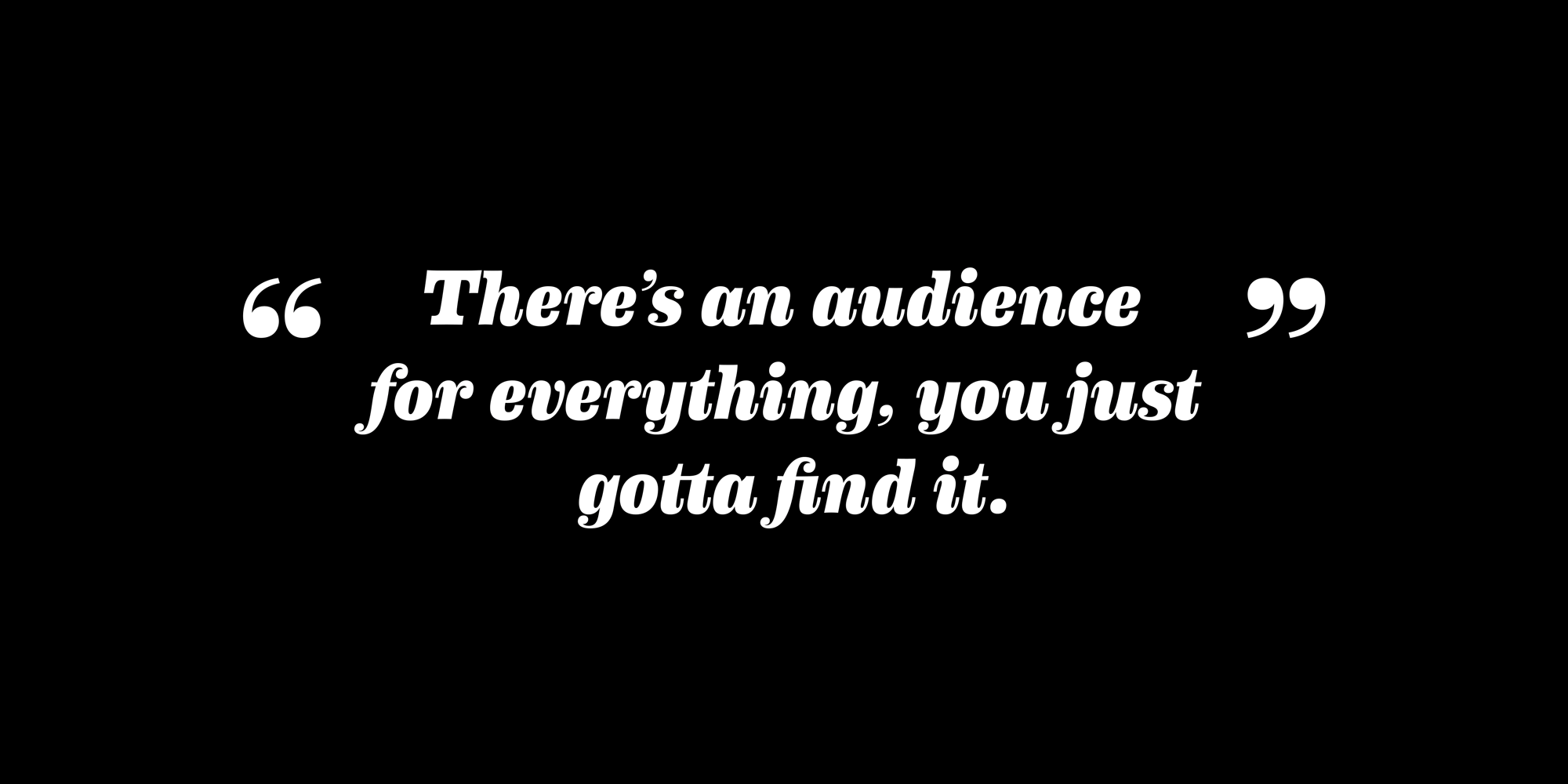 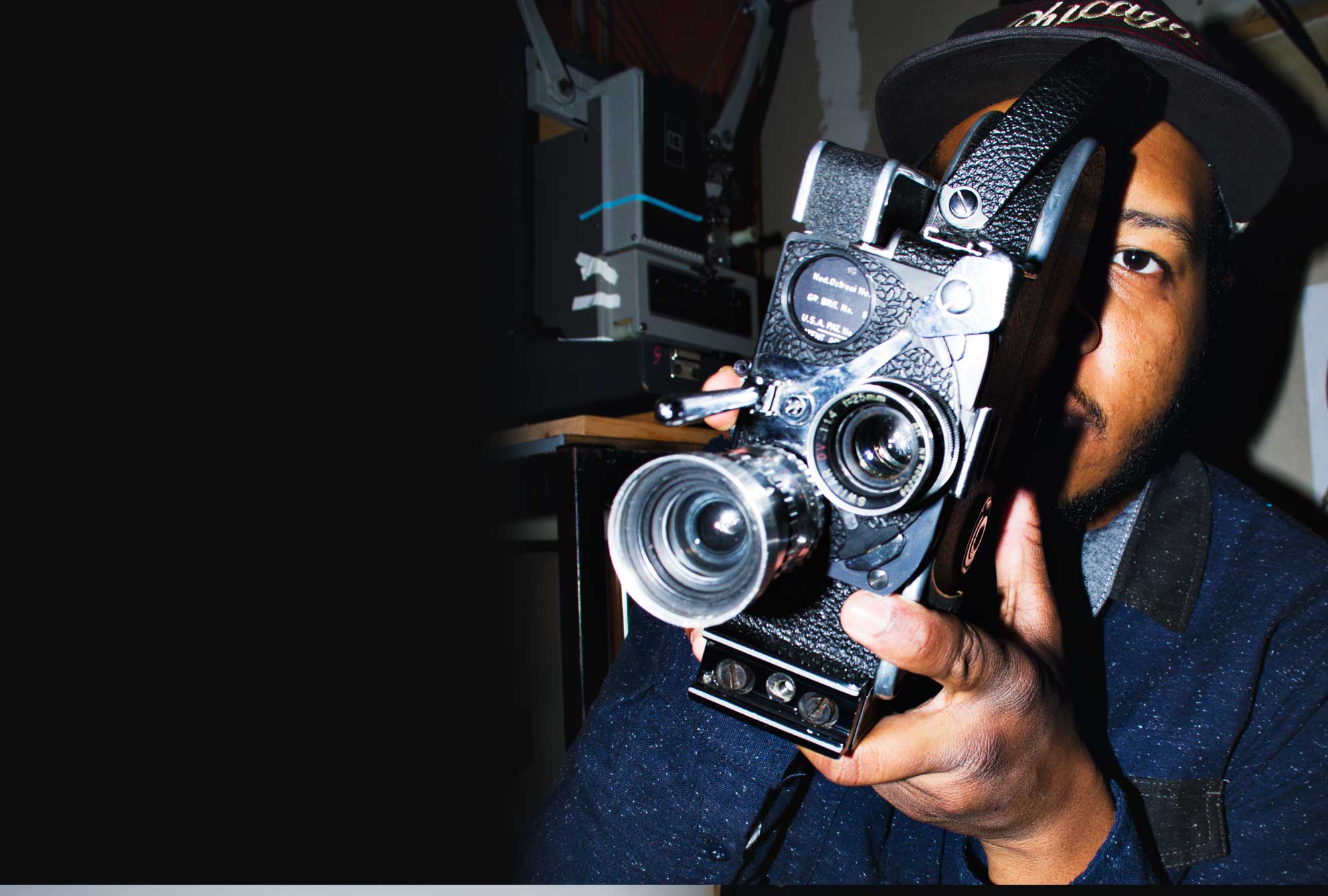 Sometimes I have my own work in the programs, depending on what the program is. Like “Black Radical Imagination,” we needed futurist films—“Well, I’ll make a futurist film.” I just try to show people what’s out there and make what’s not out there, I guess.

With Cinema Culture it’s more about creating audiences, or bringing these unknown filmmakers to people’s attention. But in relation to Black Cinema House, that audience and that space was there. “What needs to be in this space? What type of movies do we need to show here?” There are people that come that you don’t expect to come. You had people that was just fans of Theaster [Gates, the artist who founded the space]. You had people that was real cinema buffs. You had film students that just wanted to see what it was about. You had community people, neighbors live across the street, they just wanted to see what was happening in this house. And that audience kind of cultivated itself. 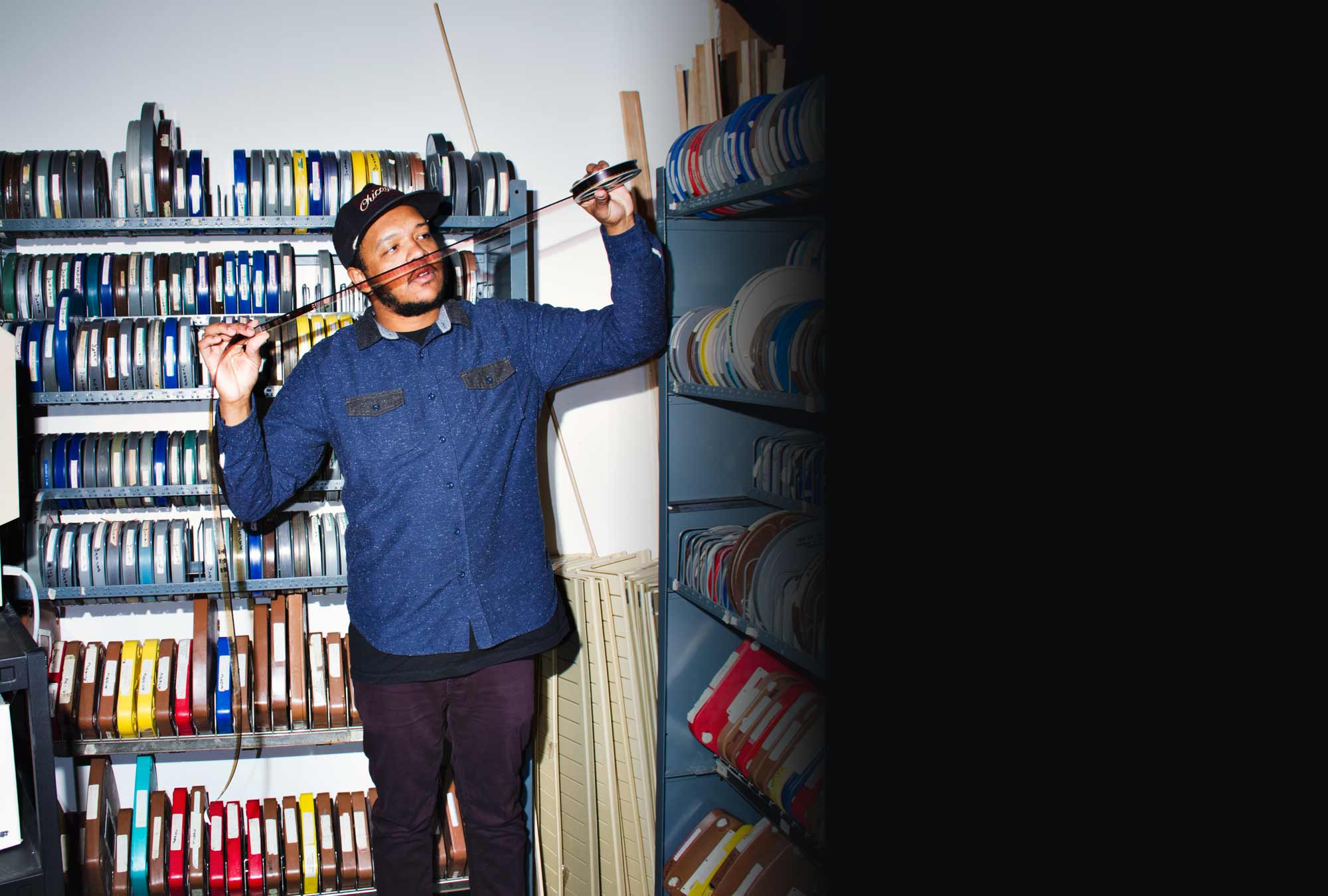 What I do now, and what I’ve been doing for two years, is teaching video and media literacy classes through Free Spirit Media. I'm a cinema advocate. It encompasses making movies, showing ’em, enjoying ’em, sharing ’em. There’s an audience for everything, you just gotta find it.

You can teach, you can create stuff and hope to sell it some places, or you can have programs and present them and get museums to give you some money for it. So it’s trying to all balance those things and do ’em on larger scales, and eventually having a space where people could further cultivate cinema culture. 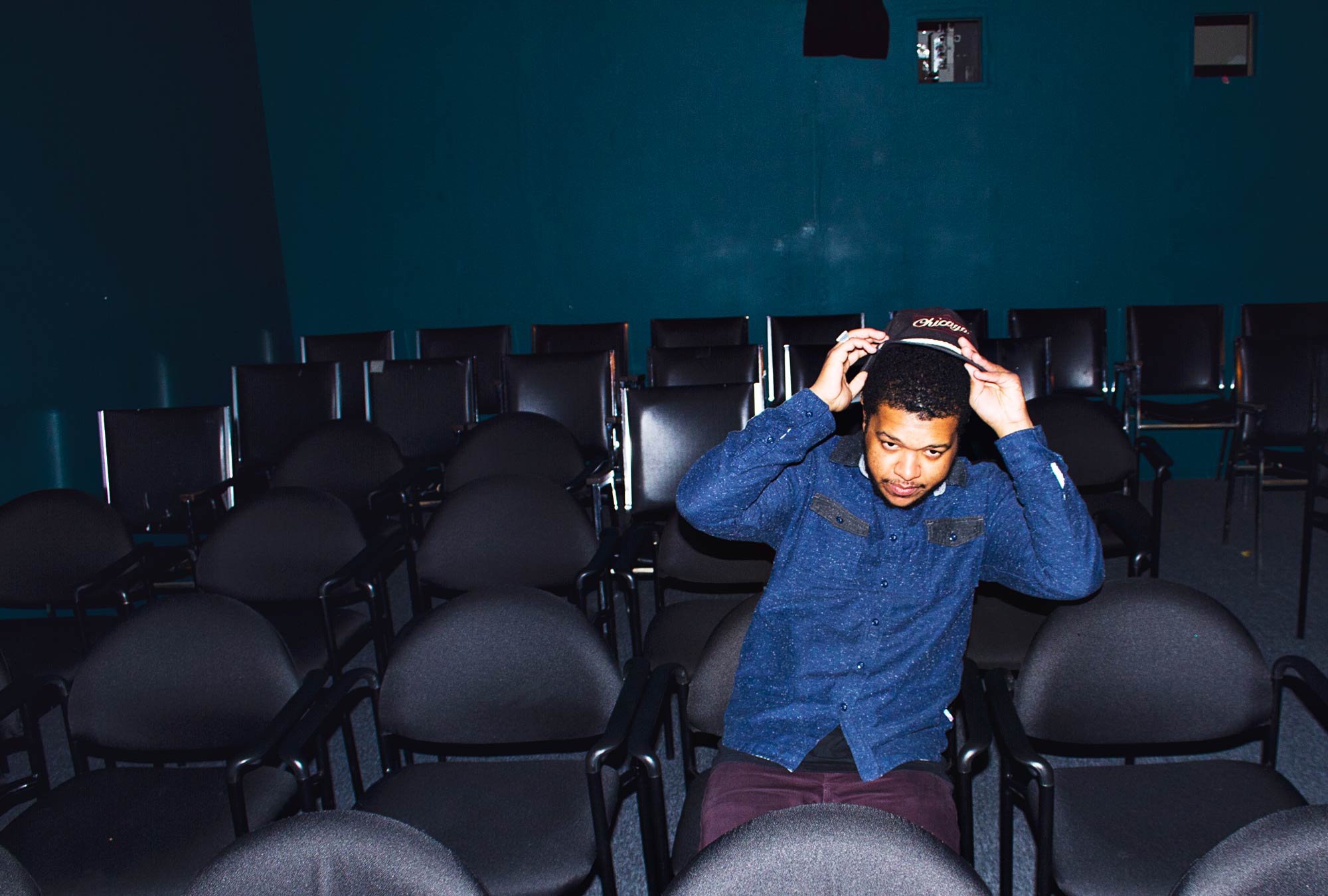 I’m working toward creating this cinema museum. I have different ideas, like room-long light boxes, where you got a whole print stretched out over light boxes, so you can walk in and see the whole movie. When people were coming to places like the Cinema House, they couldn’t believe it. A man from some other country walked in there and he cried. He said, “I can’t believe this space is here.” ●