Afaf Ahmed, 41, was a translator in Sudan and Cairo and an activist for the Sudan People’s Liberation Army. In 2004 she came to Chicago with her husband and teenage son (a second son was born here). When we spoke, she was preparing to open Abu Daoud Cafe, the city’s first Sudanese restaurant, in Wicker Park. 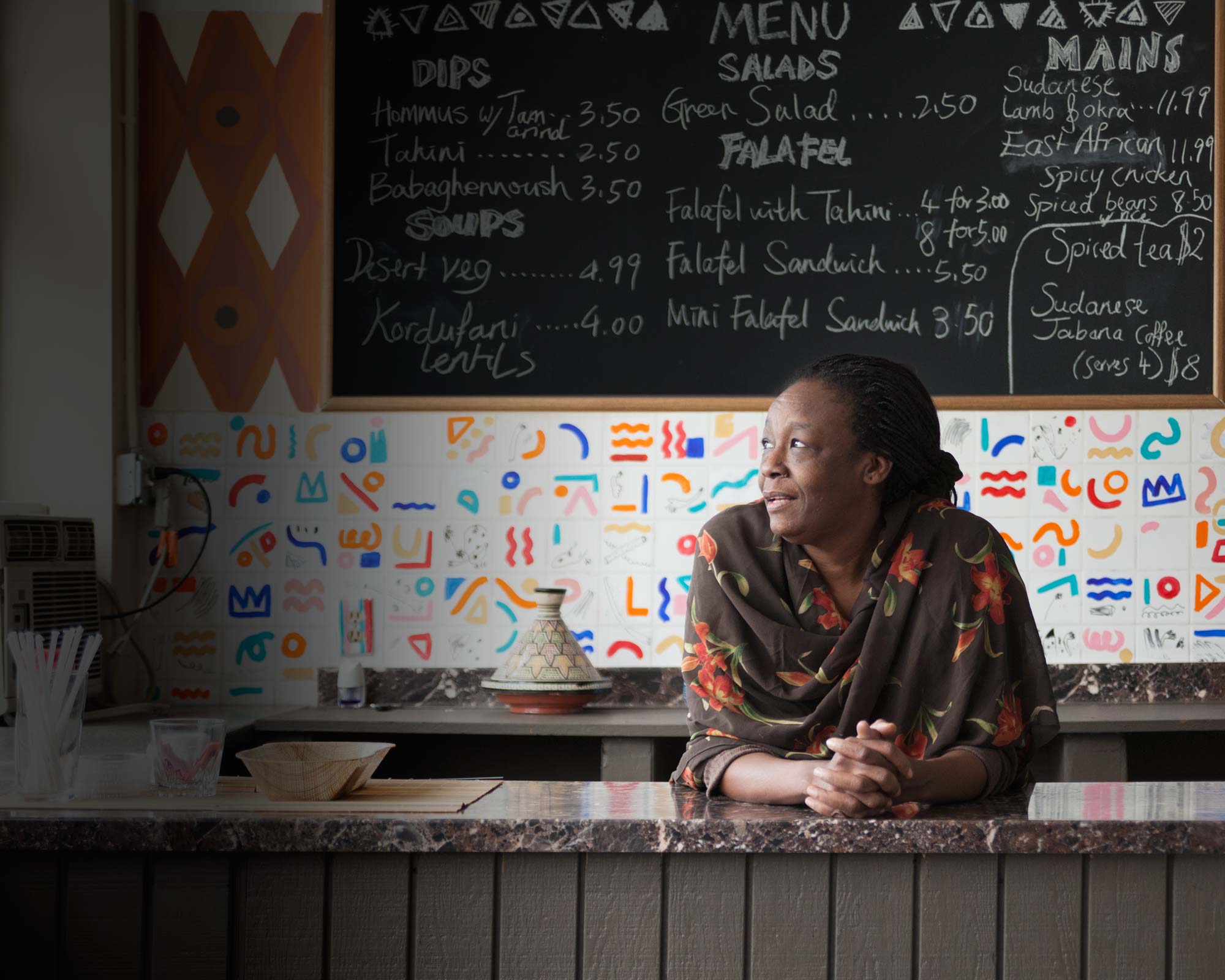 I was born in Kordofan, Sudan. It is in the desert, close the equator, so it rains like six to seven months a year. Many people there are farmers. They farm hibiscus, sesame, peanuts, durum.

I’m from a big family. From my mom’s side we are eight. I am number five. I’m the black goat of the family. I’m a hustler. I’d rather be an American. I can say anything about the government; they can’t do anything.

When I was young I very much liked English. Natively I speak Arabic. I just found it’s very easy to learn a language. I have a BA in English and then I did another year [of] translation as a subject. Because I was very good speaking English I used to get chances translating for the NGOs [nongovernmental organizations]. One of the languages I [picked up] is the Eritrean language, because [the Eritreans] used to immigrate to north Sudan, running from the war. I got to translate for a Yugoslavian company; they were building highways in Sudan. So I picked [up] the Bosnian language. The managers in that project speak English, but the workers from Yugoslavia speak no English. 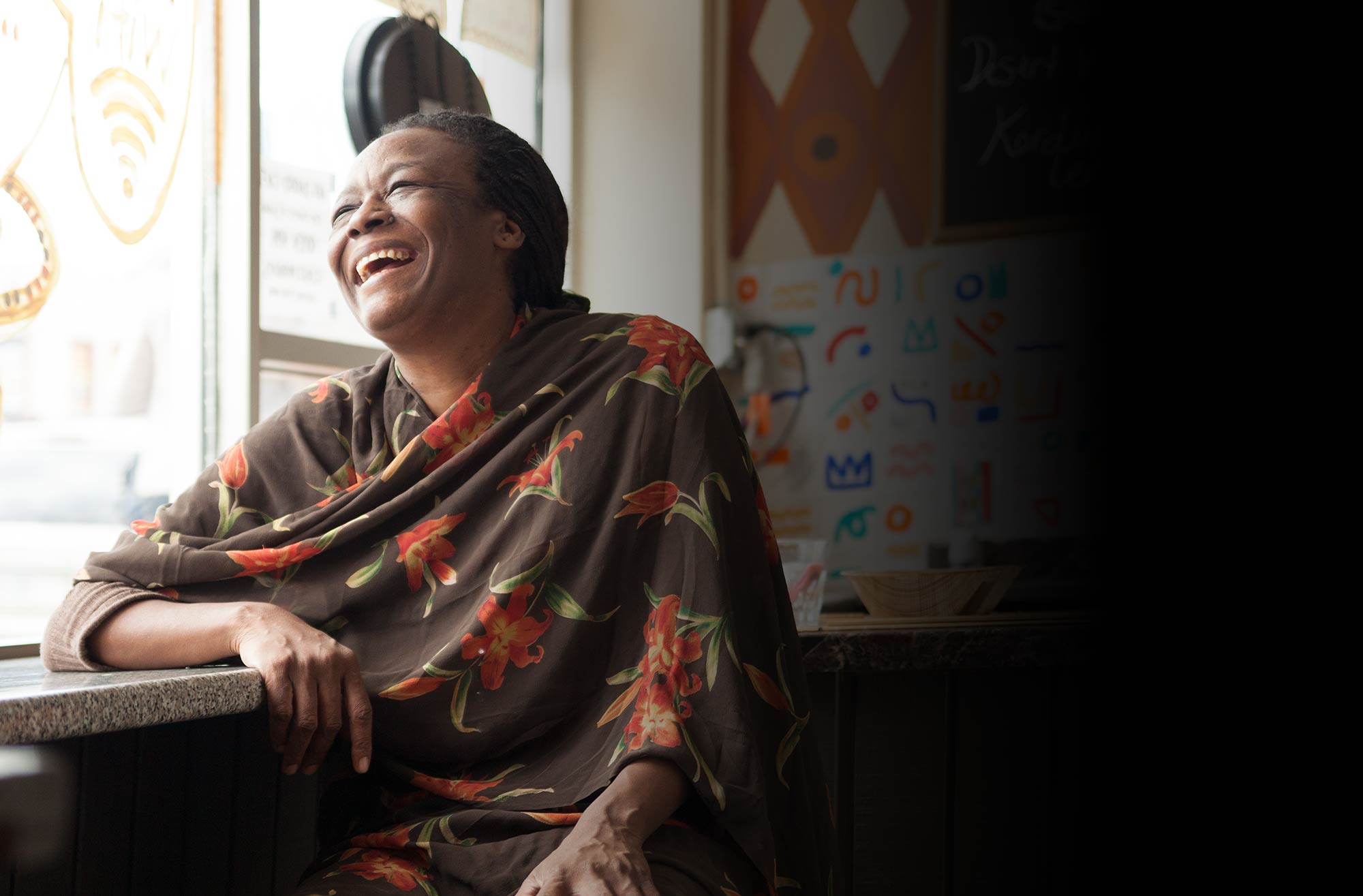 Words stick in my mind. I will always remember a word being said the first time.

I’m hanging out in the street spending the rest of the time with the police. That’s all I was doing. No work. After 18 months we had six witnesses. They do speak English but when it comes [time] to speak about the crime they speak in Spanish.

Where I grew up we never had a murder. People go and die in war. We lost two million people. First of all we don’t have guns. People in my country were not violent. In Sudan my son could not be killed. 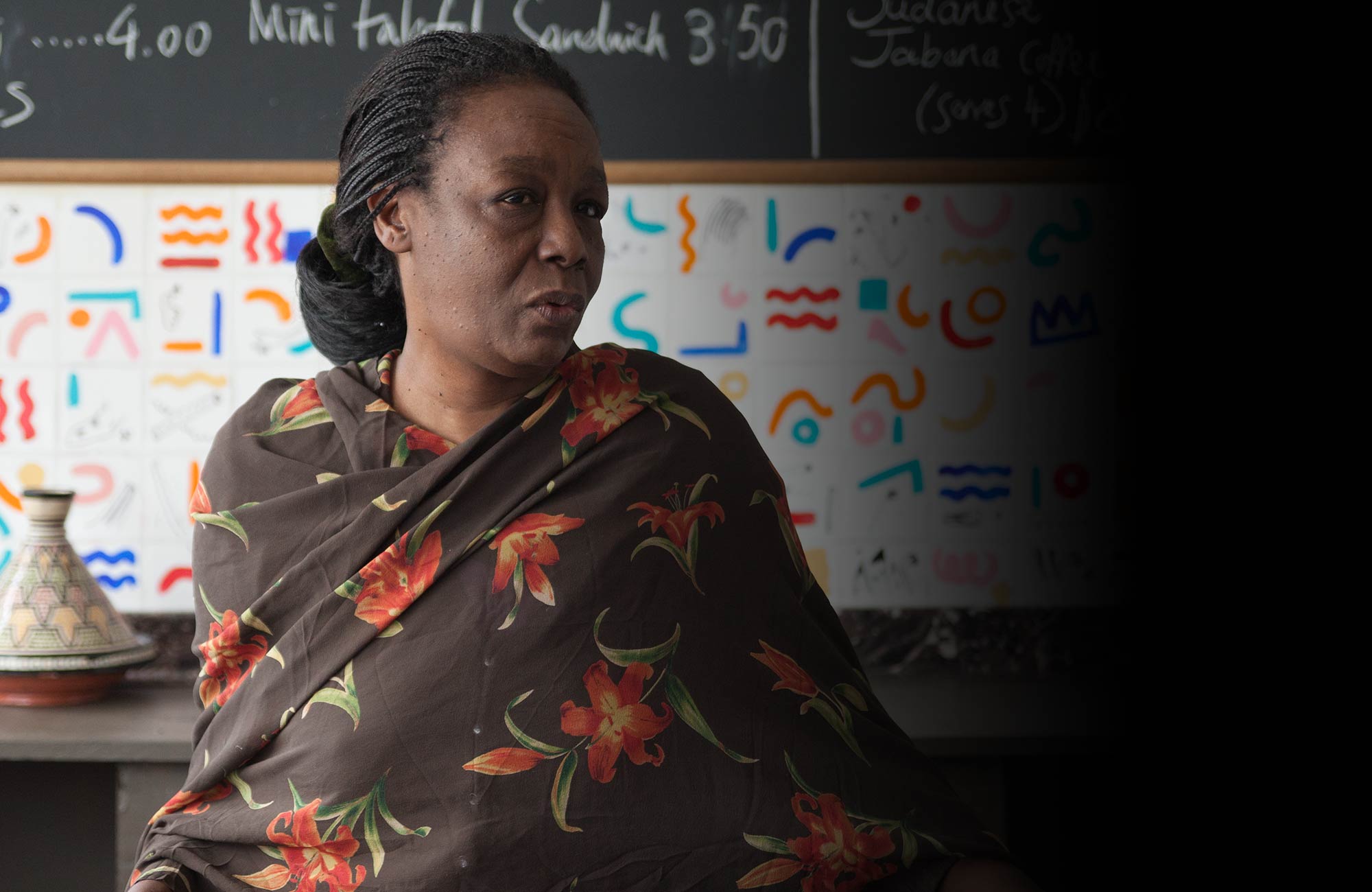 I don’t know if it’s true or not, but I remember people in my country saying [if] somebody [has] been killed and he didn’t get justice, his soul would be roaming. I’d been feeling Khalid is roaming around me all the time. As soon as the jury said guilty I felt like a big heavy thing dropped [off] my chest. If you ask me now what I want from that guy [who was convicted of killing Khalid], I feel sorry for him. Do I hate him? I feel he is a victim. There is no big difference between him and Khalid. His mom brought three kids from Cuba for a better life in America.

After all I have seen in that last decade, I thought, I just want to do something with my heart. So my project is food. When I was 11 years old I cooked for my whole family. And we are four girls and four boys and mom and dad and sometimes grandparents. My grandmother, she is a good cook. She is somebody very good in using herbs. 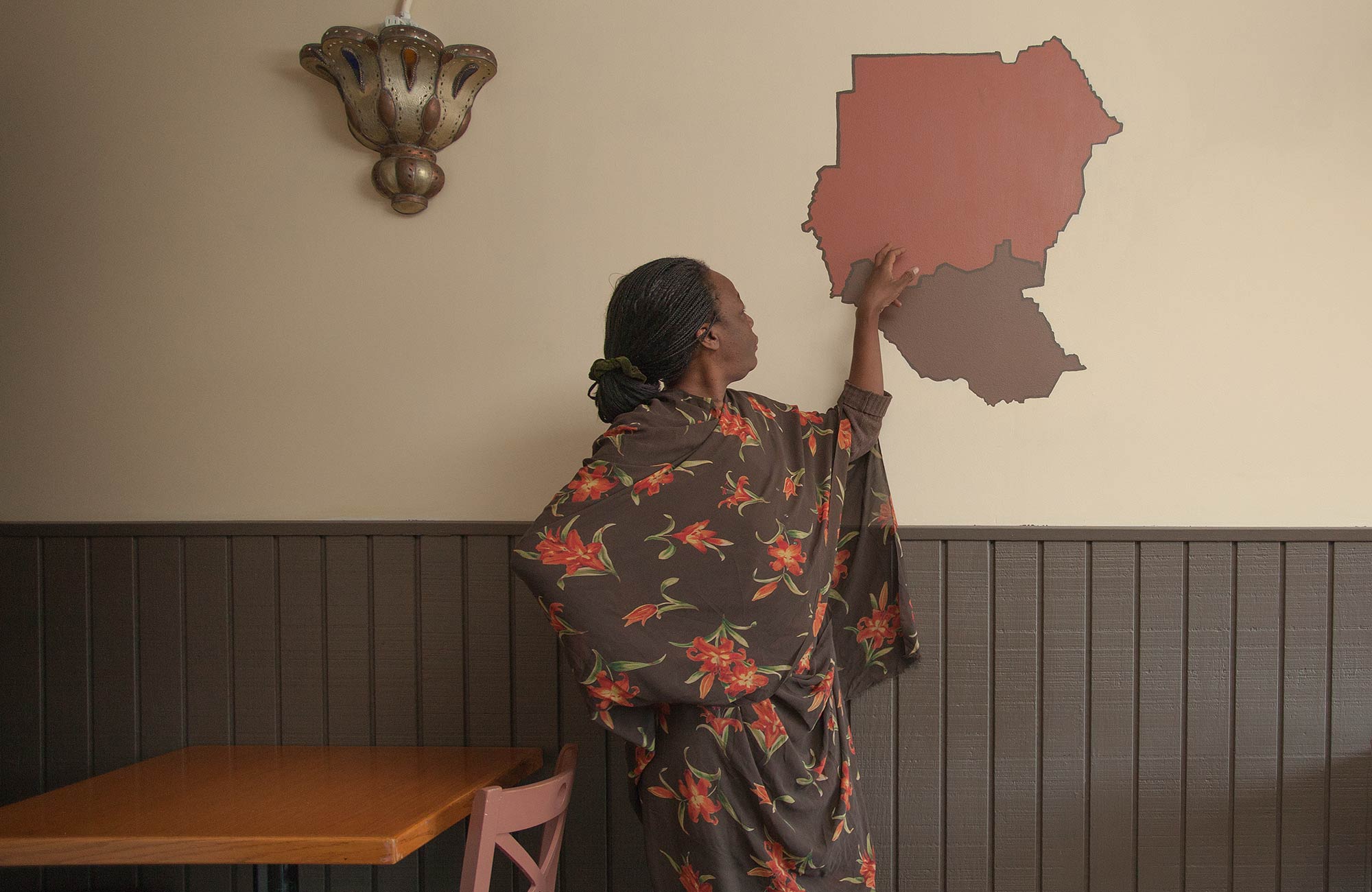 I am waiting for the city. I have to let the inspector come and see my place. The inspector didn’t come yet. I think in two weeks I should be OK. I want the Sudanese cabbies to come. I want the place to be for Americans, about [a] culture to try. Wicker Park [has] a lot of nationalities and a lot of students. I want it to be [a] hangout place where you can have good food.

The name is my father-in-law’s [name]. He used to sing the blues in 1980s in Sudan. He had that deep voice—which is funny [because] he grew up in a religious house, his family teaching Koran, and he discovered his voice reading Koran. And he kept singing.  ●